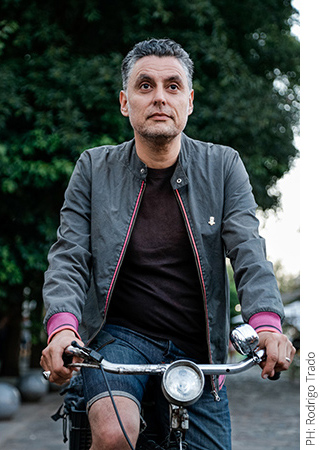 He combines his advertising works with his other passion: photography.
In 2009 he was awarded with the 1st prize in the Photography Contest Llocs del Món (Barcelona).
In 2015 Rise Art Gallery (London, UK) and Praxis Art Gallery (BsAs, Argentina and NY, USA)
began to represent some of his photographic works.
In 2016 Microsoft hired a worldwide one-year-license of one of his photographic works.
In 2017 he exhibited at the Getty Foundation of Los Angeles (USA), by participating
in the international exhibition "How to read Pato Pascual" (Pacific Standard Time),
and he was also awarded with the 1st prize in the Photography Contest Art Decó Buenos Aires.
In 2019 the Opéra national du Rhin hired a series of his photographic works to be projected
as the only stage in an Astor Piazzollas opera, at the Strasbourg Opera House (France).